Skip to content
I was recently influenced by an extended version of a Levi’s commercial on hulu. According to the commercial, I could go into the Levi store and get fitted by a jean specialist who would tell me my size and my “curve id.” Empowered with this knowledge, I could choose from a myriad of cuts, like skinny, boyfriend-skinny, boot-cut skinny, and so on, to find the perfect pair of jeans for me. Shortly thereafter, my life would become a happy montage of laughing with friends, bike-riding to the organic market, art-making in my sunny apartment, and playing with children in the park – all done in these magical jeans that would make my butt look phenomenal. I think I may have even teared up a bit at the end of the commercial.
I guess I’d been looking for the key to my happy montage. My life had become a dreary montage set to somber music that looked something like this: Eva rises before daybreak and trudges up the broken escalators of the Metro to get to work. Eva develops gray circles under her eyes while working long, thankless hours at a poorly-run school. Eva heads home in the dark, heats up a frozen dinner in the microwave, and falls into bed exhausted, only to wake up and do it all over again a few hours later.
I knew something had to change. I couldn’t keep this up. I was unhappy, but I wasn’t sure what to do to make things better. Was the answer as simple as the perfect pair of jeans?

Riding on this wave of hope, I dragged my roommate, Kristin, to the Levi’s store. It should be mentioned at this point that I don’t really wear jeans. I can never find a pair that looks good and feels good and doesn’t do that horrible gap-and-show-my-underwear thing in the back. Besides, I find them to be too restrictive. I enjoy the looseness of a skirt or dress, or the comfort of an elasticized waist band. Leggings coming back in style was one of the greatest things that ever happened to me, fashion-wise.
But, there are certain occasions, like hiking, or doing outdoor community service projects, when I need to wear jeans. And besides, I see all of these women out in the world wearing jeans with cute tops and flats, and they seem so happy and confident. I wanted to feel that way, too. I thought the right pair of jeans could improve my life.
Upon entering the Levi’s Store, I announced to the employees, “I don’t like wearing jeans, and I’d like you all to change my mind.”
“Well, okay,” the girl said, clearly a bit intimidated, and probably gathering together in her mind all of her months of training as a jean specialist.
“I was told by a commercial you would measure me and tell me what I should wear.”
Kristin bit her lip to keep from laughing.
The nice sales girl, who, by the way, looked very good in her pair of boyfriend-skinny dark-rinse low-rise jeans, measured me in a variety of waist-to-butt-to-thigh ratios and pronounced me to be a “bold” curve, size 27. She gave me a pile of jeans, and I headed to the dressing room.
I came out a moment later. “I couldn’t even get these on over my hips,” I told the girl. “And these were really tight.” I handed her back the second pair, not feeling it necessary to describe in detail the painful muffin top situation that had occurred.
She traded me out for various lengths and styles and sizes (so much for all the measuring), and what commenced then was me trying on pretty much every pair of jeans in the store and looking terrible in all of them. After each pair, my self esteem began to slide just a little, and even the girl, with her solid faith in the power of jeans, seemed perplexed. “You’re small,” she said, “but you’re curvy. And you’re not short, but you’re not tall…I don’t know.”
“Maybe my body isn’t made for jeans,” I said.
The girl hesitated. I think, in her head, she was agreeing. “Wait,” she said, “I have an idea.”
As a last hope, she came back with the one pair I had yet to try on: skinny boot-cut faded. I don’t know if I was just ready at that point to settle for anything, but they seemed to be the best of the bunch. They weren’t exactly flattering, but they weren’t as unflattering as all the others. “What do you think, Kristin?” I asked of my roommate, who was sitting on a little bench in the dressing room, her eyes glazed over from so much denim.
“They’re the best ones so far,” she said.
I was tired of trying on jeans, and I wanted to have something to show for my hard work. And the poor sales girl – I didn’t want her to feel like a failure. So I plunked down my credit card and paid eighty bucks for the jeans.
As soon as I got home, I tried them on with some tops and shoes. Oh man, they were tight and restrictive. Had they been this tight in the store? I sucked in my stomach to button them and looked at myself in the mirror. What had I been thinking? They didn’t look good. They didn’t look anywhere near as good as my normal dress-and-leggings ensembles. And when I sat down, yep, they gapped in the back and showed my underwear. I folded them up and put them in the bag with the receipt. They were going back to the store.
“You know what,” I told my mother on the phone later, “I just don’t like jeans. I don’t look good in them. I don’t like the way they feel. I don’t like the way they make me feel about myself. I’m not going to wear them. End of story.”
The decision felt good. So what if everyone else in the world wore jeans and liked them. That didn’t mean I had to. I would find something else to wear on hikes and community service outings. Cargo pants or Dickies or yoga pants. There were other options out there if I was willing to be different.
It was around this time that I made another decision.  At the end of the school year I’m quitting my job and leaving D.C. Why? Because I don’t like my job, and I don’t want to do it anymore. And I don’t like DC, and I don’t want to live here anymore. I’m moving to Cape Cod for a year to focus on writing. It’s not practical, I know that. And maybe nothing fruitful will come of it. But I have to give it a try. Because life is too short to spend it doing something I don’t like. And I’m lucky —I know that people with families and houses and financial responsibilities would have a harder time dropping everything and trying something new. But I’m beginning to think THAT is key to the happy montage: to admit when you don’t like something, and to stop trying to make it fit you. Find another option. 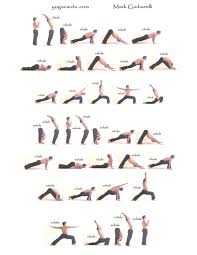 Soon my montage will be this: Eva wakes up with the sun and has time to do some yoga before breakfast. Eva spends hours at her computer, and when she steps away from it she’s written at least a little something she’s pleased with. Eva has time to go for long walks and read books and think about the world and her place in it. She appreciates the moment she’s in instead of waiting for it to be over. She tutors part-time, on her own terms. She isn’t doing something she doesn’t want to do. She isn’t feeling restricted in a pair of too-tight skinny jeans. Her life is like her wardrobe: loose and comfortable and unique.

2 thoughts on “On the Importance of the Incredible Lightness of Letting Go. And Also Skinny Jeans.”