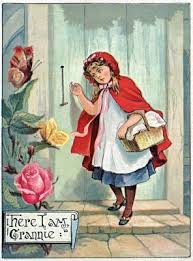 Dude, you totally should have come to the reunion.  I heard so much fucked up shit about people.  Well, did you hear what happened with Rapunzel?  It was so crazy.  You know she was fucking the prince, right?  Well of course she got pregnant, and then her foster mom freaked the fuck out about it and started beating her up.  Yeah, she cut off all Rapunzel’s hair and tried to kill the prince or some shit.  They’re actually still together, Rapunzel and the prince, but they live out in that trailer park by the dump, and now she’s got some ugly-ass extensions.

Snow White?  No, she wasn’t there.  Yeah, I was messing around with her for awhile a few years ago.  I told you she got skin cancer, right?  Which, I’m sorry, but, hey, pale-ass girl, put on some fucking sunscreen and stop going to the tanning bed every day, you know?  How fucking hard is that?  I mean, she was okay.  They just cut it off or whatever.  But, yeah, I was talking to somebody who said they heard she got addicted to meth because the dwarves had a meth lab in their basement.  And I’ve heard all kinds of crazy shit about her and those dwarves, man.  Like gang-bang, drugged-up, sex-with-midgets type of freaky shit.  So the prince divorced her, and I don’t know if it was because of the meth or because she was fucking around on him or what, but I heard she’s in jail now anyways.

Let’s see.  Who else you wanna hear about?  Cinderella?  Well, apparently her stepsisters got real drunk at her wedding and ended up beating the shit out of each other on the dance floor, and the fat one stabbed the other one in the eye with a fork, so now she’s on welfare because she’s partially blind or whatever.  Oh, and the fat one works at Wal-Mart as a fucking Greeter.  I always hated those bitches.  Yeah, Cinderella and the prince are still married and they have a couple of kids, but I heard he cheats on her all the time.

Who else?  Well, Sleeping Beauty got fat.  Like fucking huge.  Hansel’s in jail right now for statutory rape, and I heard Gretel’s a stripper.  Oh, and Red Riding Hood was there.  She was just straight-up crazy.  Somebody told me she’s schizophrenic and hears voices of the wolf telling her to do things.  I don’t know.  I guess she’s on meds now, but she still wears that stupid red cape.  And Goldilocks got all up on me telling me I felt “just right.”  She was sloppy drunk and trying to dance with everyone.  Yeah, Jack was there, too.  He’s just as much of an asshole as always, like telling me how much fucking money he makes from that chicken that shits gold, but you know what, he’s fucking bald and his wife left him for her yoga instructor, so he can suck my dick.

It was crazy, man.  Seriously.  Some people.  You would have never guessed then what they’d be like now.